For every order placed, you will receive a free mask to try! 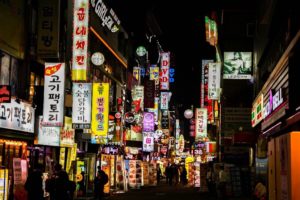 A curiosity about Korea for the most partygoers? South Korea is one of the countries where more alcohol is consumed in the world and today we will talk about the two national drinks: soju and makgolli!

Certainly the most famous alcohol is Soju, a traditional distillate obtained from the fermentation of rice, barley or wheat, whose alcohol content varies from 16% to 45%, although the most common variant in bars, pubs, supermarkets and restaurants is around 20%. It is a clear and colorless drink and it is recognized everywhere by its characteristic green bottle but that make it the most consumed drink in South Korea and in recent years also in the world. This alcohol is very cheap (usually varies between 1000 and 2500 krw, or just over 1 euro) and follows a precise tasting ritual. First of all you should never spill the Soju yourself, someone else has to fill it to you and you to someone else because the etiquette wants no one to serve themselves. When pouring a drink, hold the bottle with two hands: the best way would be by holding it with one hand and resting the other under the elbow of the other arm. The same is true even when someone pours you a drink: hold the glass with both hands and if you want to be even more polite, take a small bow as a thank you to those who are pouring you a drink. Remember not to drink if you do not drink the others because only after everyone has their glasses full, do you prepare yourself for a toast, waiting for the older person in the group to usher you. As the glasses touch, remember to say geonbae 건배 !!!

Makgolli is even more traditional: rice wine. This wine is prepared by mixing the rice with different ingredients and making it ferment until it reaches an alcohol content of between 5 and 8%. Thus you get a very sweet, alcoholic drink, with the consistency of milk, easy to prepare at home. It is the most familiar and ancient alcoholic beverage for the Korean people, in fact another name of makgeolli is nongju, which means “agricultural wine” or “farmer’s wine”, which reflects the traditional popularity of the drink among farmers. Makgeolli is usually served cold, in a bottle or in a ceramic bowl with a ladle. Before drinking, it is mixed with the ladle or the bottle is gently turned over several times with the stopper, to mix the deposited sediment. It is then poured into small individual bowls or cups, so as to avoid the deposition of a turbid white background, unlike the characteristic clear pale yellow liquid that would otherwise rise upwards.

A very curious thing to know about Korean uses and customs is that the idea of ​​drinking without an accompaniment of dishes is not acceptable. Even when you drink only one beer you are always served with snacks or real food. In this case the makgolli is eaten by eating Pajeon, or fritters with flour, eggs and seafood, or the spicy kimchi, whose taste is enhanced by the contrast with dolciastro de makgoelli.

But how do Koreans fight hangover symptoms? From Korea comes a sweet remedy!

The Koreans have invented a miraculous ice cream that thanks to a study previously carried out, has been confirmed as an official remedy to detoxify immediately from post-intoxication sensations. The ice cream is grapefruit flavored and contains 0.7% of raisin juice, an ancient oriental remedy that was already known in the seventeenth century. So nothing new on the horizon, simply the recipe has been modernized and made more practical in the form of ice cream.

In Italy the miraculous ice cream has not yet arrived on the market, so we should still treat the symptoms in the traditional ways! If after an evening in company tiredness is visible on the face, Perderma’s Bubble mask will give a skin that is bright and fresh. A real cure-all at any alcohol level! 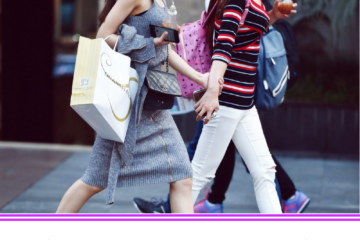 Sign up for the newsletter and receive a 25% discount voucher